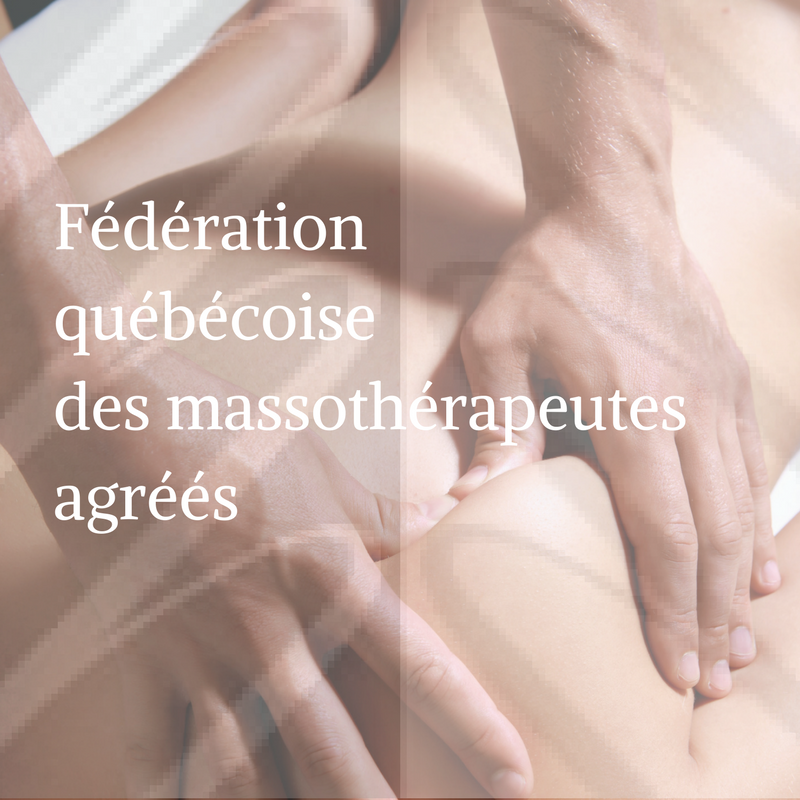 Taking advantage of the growth of massage therapy

The 1980s marked the rise of massage therapy in Quebec. The profession expanded and evolved in line with global trends, as evidenced by the opening of numerous massage therapy schools in the province and the teaching of new techniques such as polarity, Californian, Trager® and shiatsu.

In the wake of this development, the FQM established its credibility in 1985 by setting up a 1,000-hour training program leading to the title of massage therapist. Two years later, the FQM took its first steps with the Office des professions du Québec to establish a professional order.

Promoting the quality and safety of massage therapy care

In the early 1990s, the FQM began promoting massage therapy directly, as practised by an FQM member, by highlighting to the general public the guarantees of quality and safety provided by its members.

Continuing its promotional efforts, the FQM innovated in 1996 with the Semaine de la massothérapie FQM, which brings together its members in an annual promotional campaign. This initiative enabled the FQM to consolidate its reputation with the general public.

Building on the skills of its members

For the FQM, the transition to the new millennium marked an evolution in the training offered to its members. Following the North American trend, in 2005 the Federation proposed a new competency-based training profile for its schools.

The arrival of a new Executive Director in June 2006 provided an opportunity to re-launch many projects. After consulting its members, the FQM took action and replaced the entrance exam with a coaching and competency validation formula.

In 2008, the FQM innovated once again by granting its members the title of massothérapeute agréé in order to capitalize on the professionalism, quality and rigour of its members. That same year, it set up a major quality network that led to the accreditation of 17 massage therapy schools in the province.

Strengthened by the skills of its massothérapeutes agréés and convinced of the benefits of massage therapy, the FQM created the Fondation de la massothérapie in 2010, whose mission is to contribute to the health and quality of life of people with cancer and chronic pain by offering them free massage therapy.

Towards a professional order for massage therapists

Since its inception, the FQM has been working towards becoming a professional order, as evidenced by the implementation of numerous processes for the regulation of the profession. These processes include the creation of the trustee‘s office and the implementation of professional inspection and school accreditation services. The FQM, which is ISO 9001:2015 certified for the quality management of its services, also relies on the expertise of its members with the development of a complete training program totalling 1,800 hours and including three competency profiles.

The FQM’s vision is to professionalize and recognize massage therapy. Working towards this goal, in 2012 it submitted an important brief to the Office des professions du Québec (OPQ) demonstrating the need to create a professional order for massage therapists in order to regulate the practice and protect the public

Aware of the risks that massage therapy represents when it is practised by massage therapists who are not adequately trained, the FQM went one step further in 2016 by submitting a second brief to the OPQ, this time on the risks of serious harm. More recently, in 2017, it demonstrated that integrating massage therapy into the continuum of health care in Quebec would generate substantial cost savings for public health.

The next steps will therefore be decisive for the future of massage therapy. With nearly 6,000 members and a network of 17 accredited schools, the FQM will continue to assert its professionalism and credibility for the benefit of its members and the public.